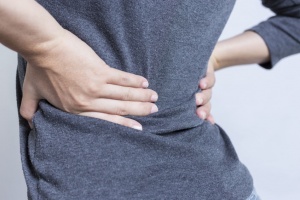 Lower Back Pain – Surgery or Chiropractic?

Low back pain (LBP) is the second most common cause of disability in the United States (US) and a very common reason for lost days at work with an estimated 149 million days of work lost each year. The total cost associated with this is astronomical at between $100-200 billion/yr, of which 2/3rds are due to decreased wages and productivity.

More than 80% of the population will have an episode of LBP at some point in their lifetime. The good news is that 95% recover within two to three months of onset. However, some never recover which leads to chronic LBP (LBP > 3 months), and 20-44% will have a recurrence of LBP within one year with lifetime recurrences of up to 85%! What this means is that most of us have, have had, or will have LBP, and we’ll get it again! So the question is, what are we going to do about it?

Surgery has traditionally been considered a “last resort” with less invasive approaches recommended first. Chiropractic adjustments and management strategies have traditionally fared very well when compared with other non-surgical methods like physical therapy, acupuncture, and massage therapy. But, is there evidence that by receiving chiropractic treatment, low back surgery can be avoided? Let’s take a look!

A 2013 study was designed to determine whether or not we could predict those who would require low back surgery within three years of a job-related back injury. This was a very important study as back injuries are the most common occupational injury in the US, and few studies have investigated what, if any, early predictors of future spine surgery after work-related injury exist. The study reviewed cases of 1,885 Washington state workers, of which 174 or 9.2% had low back surgery within three years. The initial predictors of surgery included high disability scores on questionnaires, greater injury severity, and seeing a surgeon as the first provider after the injury. Reduced odds of having surgery included: 1) <35 years old; 2) females; 3) Hispanics; and 4) those who FIRST saw a chiropractor. Approximately 43% of workers who first saw a surgeon had surgery compared with ONLY 1.5% of those who first saw a chiropractor! WOW!!! This study supports the FACT that IF a low back injured worker first sees a chiropractor vs. a surgeon, the likelihood of needing surgery in the three years after the injury would be DRAMATICALLY reduced! In fact, the strongest predictor of whether an injured worker would undergo surgery was found to be related to who they saw first after the injury: a surgeon or a chiropractor. If this isn’t enough evidence, another study (University of British Columbia) looked at the safety of spine surgery and reported that (taken from a group of 942 LBP surgical patients): 1) 87% had at least one documented complication; 2) 39% of the 87% had to stay longer in the hospital as a result; 3) 10.5% had a complication during the surgery; 4) 73.5% had a post-surgical complication (which included: 8% delirium, 7% pneumonia, 5% nerve pain, 4.5% had difficulty swallowing, 3% nerve deterioration, 13.5% wound complication); and 5) 14 people died as a surgical complication. Another study showed lower annual healthcare costs for those receiving chiropractic vs. those who did not. The “take-home” message is clear: TRY CHIROPRACTIC FIRST!!!