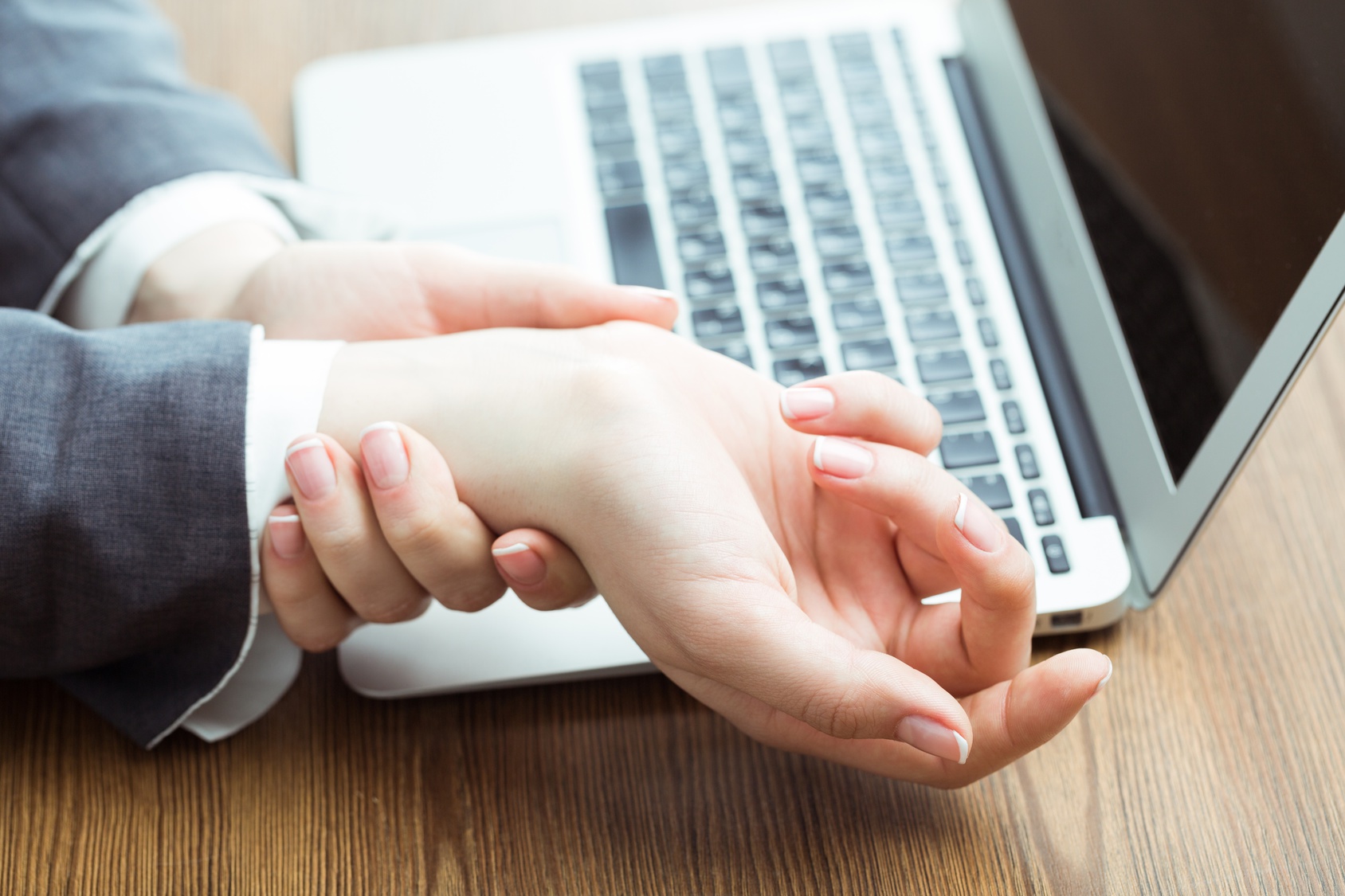 Carpal Tunnel Syndrome and why it happens.

Carpal tunnel syndrome (CTS) is a problem that occurs when the median nerve is pinched as it passes through the tunnel at the wrist, resulting in numbness that includes the palm side of the hand, the thumb through digit three and the thumb-side half of the ring or fourth finger. So, how does the neck fit into the cause and/or the treatment of CTS? Let’s take a look!

The neck is comprised of seven vertebrae and eight pairs of nerves that travel down the arms allowing us to feel sensations such as hot/cold, vibration, and sharp/dull. These nerves allow us to move our muscles and joints including the fingers, wrist, elbow, and shoulder. These eight pairs of nerve roots, like a super highway of eight lanes of traffic, eventually merge into the ulnar, median, and radial nerves that extend down our arms. The median nerve is the primary nerve involved in carpal tunnel syndrome, so let’s take a look at the route that it takes as it leaves the cervical spine or neck.

Initially, when the eight nerve roots first exit the spine they interconnect forming the brachial plexus, and by the time the nerves reach the arm pit, they’ve “merged” into the three main nerves that extend the rest of the way down the arm. The median nerve can become trapped or pinched at a number of different places, most commonly at the wrist’s carpal tunnel followed by the pronator tunnel which is located at the elbow just past the crease on the palm side. It can also be pinched before the elbow by a ligament that exists in about 1% of us (Struther’s Ligament), but this is rare.

If a fracture should occur anywhere along the route of the nerve, that too can cause a compression. The neck is a common location where the cause of the numbness can arise. The median nerve arises from three nerve roots that exit the neck (C5, C6, and C7); therefore, ANYTHING that places pressure at this location in the neck can result in similar symptoms as CTS.

The term, “double crush” syndrome applies to the situation where compression (pinching) of a nerve occurs in more than one place. This was first discussed in 1973 and has since been a debated topic. When a nerve is compressed in more than one location, there is a physiological change in the way the nerve transmits a signal and a minor (sub-clinical) compression that would by itself not be symptom-producing becomes symptomatic if a second compression occurs elsewhere along the course of the nerve. Similarly, metabolic changes, such as diabetes, can also make minor CTS symptomatic. This is why it is ESSENTIAL that the entire course of the nerve be tested, not just at the wrist but also at the neck, shoulder, and arm. I’m sure you can see the importance of this, as surgical decompression at the wrist may NOT help in a case where a more significant pinch is present elsewhere. This has been estimated to occur between 30-75% of the time! A common site for double crush with CTS is at the cervical nerve root, and treatment of the compression site in the neck by a chiropractic adjustment can MAKE OR BREAK a successful outcome when treating CTS. The bottom line? Try chiropractic FIRST as you can’t reverse an unnecessary surgery!